Joe writes, ” I have been pitched by a company offering to increase my Alexa Ranking over the next few months, stating that a higher Alexa Ranking means more visitors to the website. If this is true, do you offer an Alexa ranking improvement service?

Your Alexa ranking bears no resemblance to how popular your site is, against other websites in your field. It is one of the easiest figure on the net to manipulate and there is no real correlation between an Alexa Ranking and traffic. I can get you more traffic, it’s what I do, but Alexa ranking improvements doesn’t come into my calculations in any way

The reason that Kenkai is so high, is that Alexa take their rankings from people that have installed an Alexa toolbar, much like the Google toolbar, into their computers.

The people that install an Alexa toolbar are mainly techie types and people that use the Internet to surf the net for IT, website, SEO, spamÂ and techie based information. Because my site is popular with people looking for information on SEO and related subjects, I get a high Alexa ranking.

www.Executive-shaving.co.ukÂ gets three times as much traffic as Kenkai, but their rank is 515,915.

A site like www.REDcandy.co.uk, which I know gets four times as much traffic as I get, shows 290,955, as people with these toolbars don’t seem to be interested inÂ viewing sites aboutÂ red designer homewares.

Unscrupulous rankings improvement service companies use the Alexa Toolbar figures to lure unsuspecting website owners into parting with their money and then go into their own Alexa toolbars, that they have installed in all of their computers and get everybody to visit your site ten times an hour for a couple of days and the client sees their site jump up the Alexa rankings. The client then thinks that their money was well spent - whereas, nothing has changed other than the easily manipulated Alexa rank looks better.

Don’t be conned into parting with your hard earned money to increase your Alexa Ranking, by unscrupulous companies’ offers of increased traffic. If you want more traffic, have your site optimised and tweakedÂ on a regular basis. There are hundreds of good, honest SEO companies out there.Â With Kenkai, you can see improvements for as little as a monthly payment of Â£66 per month - real improvements in search engine positions, not just Mickey Mouse changes to your Alexa ranking

This entry was posted on Monday, May 7th, 2012. You can follow any responses to this entry through the RSS 2.0 feed. You can leave a response, or trackback from your own site.

I love your articles Juan! Who is Juan? BM

Thanks for your advices. I will try it, and I hope I can get a better ALEXA Rank as soon as possible. Have a nice days… ^_^ 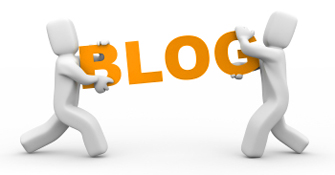